There are literally thousands of research studies, books, web articles, and news reports examining the effectiveness of games during the learning process. Some of these sources are research-based, some are first hand experiences or accounts, while others are formed on opinions or even sophistry. The truth is the analysis of gaming’s efficacy during the learning process are still evolving.

As often as we witness the digital generation’s love of games and the amazing societal, technological, and cultural impact they usher in, there remains the need for evidence of their success as learning tools, or even learning environments.

Do playing games, both learning and commercial, both digital and non-digital, both long-form and short-form, promote learning? There is a substantial amount of research on gaming and learning – so much so that this post will be delivered in two parts. The first part, entitled The Gamer’s Brain, examines what scientists, researchers, and educators have observed about the relationship between digital gameplay and the human brain. The second part entitled The Gamer’s Gains: Evidence of Efficacy examines many of the recent studies and analyses that demonstrate the potential for learning with the use of digital games. The links and citations for each study, report, or data source will be listed below and linked at the end of each snippet.

It is essential for educators and researchers to explore the human organ responsible for learning – the brain. Learning during the gaming experience provides information and experiences in a manner that promotes brain-based learning.

First, gameplay accesses many regions of the brain associated with learning. When a gamer is engaged in gameplay, they are receiving information through their eyes into their occipital lobes. This region of the brain is associated with visual perception, color recognition, object movement, reading and comprehension, and depth perception. Daphne Bavelier, professor of brain and cognitive sciences, notes that fast-paced, action games can retrain the visual cortex to gain a better understanding of the visual information it receives. (Achtman, Green, & Bavelier, 2008) Video game play also augments grey matter in brain areas crucial for spatial navigation, strategic planning, working memory, and motor performance. (Kuhn, Gleich, Lorenz, Lindenberger, & Gallinat, 2013)

As humans, we are all inherently visual learners (with the exception of individuals with visual disabilities). The human eyes are nature’s greatest cameras. They collect 72 gigabytes (the size of a computer hard drive in the early 2000’s) of information every second. Human eyes contain 70% of our body’s sensory receptors (Cartier-Wells, 2013), which allows them to process the meaning of images 60,000 times faster than that of text. (Burmark, 2002) The digital game experience uniquely accesses visual learners, because, in most games, it is the main method of information transfer to the player.

Additional human senses and brain regions are extensively accessed during digital gameplay. Information received or transmitted through sounds are processed in and routed through the temporal lobes, which are associated with auditory processing, language comprehension, memory, and speech.

Digital games do an amazing job of transmitting high-quality, highly expressive, realistic, multisensory experiences—sight, sound, and touch (and likely in the near future smell and taste). They provide gamers with experiences more immersive than watching a video or listening to audio. Gamers are engaged in these virtual worlds and their appetites to learn and explore are incredibly ravenous.

In the past, the brain was believed to be composed of an unalterable, unchanging structure. However; the scientific community has discovered that repetitive experiences can alter the brain’s structure and rewire it. “Neuroplasticity is the process of ongoing reorganization and restructuring of the brain in response to intensive inputs and constant stimulation” (Jukes, McCain & Crockett, 2010). Video games provide these repetitive situations and experiences across the different game types, platforms, and genres. They provide constant stimulation for students to learn from using multiple forms of sensory input such as auditory, visual, and kinesthetic. (Schaaf & Mohan, 2014)

The challenging nature of games also makes learning with them particularly rewarding. Dopamine, a neurotransmitter that is associated with intense pleasure, is released as a reward in response to conquering a challenge such as making a prediction, choice, or action, and receiving feedback that it was correct. Gamers want to repeat this neurotransmitter release, so they advance through more challenging experiences. Unfortunately, if a challenge is too easy, then the Dopamine release doesn’t occur, and the player loses interest in the game (Willis, 2011).

Digital games have the potential to provide powerful learning experiences to the gamer’s brain. They transmit visual, auditory, and even tactile information in a compelling manner, so more regions of the brain are accessed during gameplay. They provide information in a manner that helps to restructure (and even retrain) the human brain neurologically. Finally, gameplay offers the opportunities for the brain to reward perseverance, tenacity, and learning through conquering challenges with a pleasurable neurochemical release. 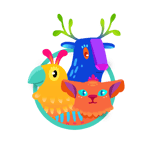